New light-vehicle sales fell for the second straight month in June. Despite strong demand from retail and fleet customers, reduced inventory levels on dealer lots limited the sales pace. The June 2021 SAAR totaled 15.4 million units—up 18% from June 2020 but down 9.9% from May 2021. June’s retail sales are expected to be up by 12.4% compared with June 2020 and roughly flat compared with June 2019, says J.D. Power. Fleet sales will likely account for 15% of June 2021’s raw volume of 1.3 million units. Through the first half of the year franchised dealers sold 8.3 million new light vehicles, up 29.3% from first-half 2020 and down 2% from first-half 2019.

With such strong demand, many vehicles have sold at or above MSRP and OEMs have slashed their incentive spending. According to J.D. Power, in mid-June 75% of vehicles sold for MSRP or above, which is up from 67% in May 2021 and up even more from the pre-COVID average of 36%. Average incentive spending per unit this June is expected to total $2,492, down $1,857 and $1,474 from June 2020 and June 2019, respectively. The June 2021 average incentive spend per unit is the second lowest on record for the month of June, J.D. Power says.

The inventory crunch will likely get worse before it gets better. Inventory levels at the end of June will probably be flat compared with May 2021, at around 1.5 million units and then fall to some 1.3 million units by the end of July. Some OEMs have canceled traditional summer shutdowns, while others have limited or stopped production as they deal with the chip shortage. North American vehicle production, according to Wards Intelligence, is forecast to see a five-year high in third-quarter 2021, reaching 4.4 million units, as OEMs work to restock dealer lots. But even with an optimistic production forecast, it appears more and more clear that OEMs will be working well into 2022 to build enough vehicles to restock dealer lots closer to pre-pandemic levels. And additional supply chain disruptions may well put a dent in this rosy forecast.

We don’t believe that retail or fleet vehicle demand will cool anytime soon, as the country continues to recover from the pandemic. New light-vehicle sales for the rest of the year will likely be more supply-constrained than demand-constrained. If vehicle production exceeds expectations, we could see sales closer to 17 million units. But given current supply constraints, we expect total new light-vehicle sales somewhere between 16.3 million and 16.5 million units in 2021. 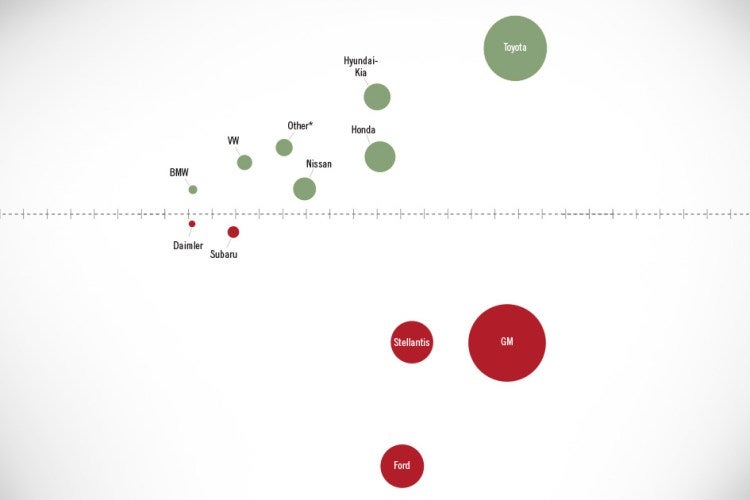