The “Build Back Better” (BBB) bill under consideration by Congress may include punitive tax increases on small businesses and pass-through businesses, which include auto dealerships. Previous versions of this bill significantly limited the Section 199A deduction for pass throughs, increased the top individual rate and expanded the net investment income tax (NIIT) to include all pass-through income. If enacted, the overall tax rate on a pass through would be disproportionately increased, giving large C corporations a significant tax advantage with a new tax rate. Additionally, there were other proposals to significantly increase taxes on family businesses. Congress should preserve the Section 199A deduction, not expand taxes such as the NIIT, and protect family businesses.

Most dealerships are organized as pass throughs, and previous versions of the budget bill would have significantly limited the Section 199A deduction for this type of business structure. As Congress attempts to negotiate a smaller reconciliation package it could still include tax increases on small and pass-through businesses, including dealerships. Some of the tax increases that could potentially be added to this bill include:

If enacted, the overall tax rate on a pass through would increase from 29.6% to as high as 43.4%, giving large C corporations a significant tax advantage with their proposed new tax rate of 26.5%. Additionally, there were proposals to reduce the federal gift and estate tax exemption almost in half for 2022; eliminate stepped up basis; and tax unrealized capital gains at death. These tax increases would strip working capital away from dealerships, which could otherwise be used to upgrade electric vehicle (EV) infrastructure at dealerships or create new jobs.

The House-passed version of the reconciliation bill did not include major tax increases on pass throughs, nor significantly modify taxes on family businesses. However, another version of the BBB may reemerge this year. In the evenly divided Senate, plans to consider the House-passed BBB were scuttled due to Sen. Joe Manchin’s (D-W.Va.) opposition. However, Sen. Manchin indicated that he would be open to a more targeted reconciliation bill that focuses on climate change, prescription drug savings, and deficit reduction. Congress can use a reconciliation bill once every fiscal year (or twice in 12 months) to raise or lower taxes and spending. Democratic leadership will likely utilize a reconciliation bill this year since it is not subject to the filibuster and can be passed by a simple majority in the Senate.

On Nov. 19, the House passed its budget reconciliation bill, the BBB (H.R. 5376) by a vote of 220-213, mostly along party lines. However, a smaller version of the bill could be considered this year. Members of Congress should oppose tax increases on Main Street small businesses. 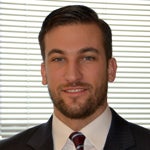