The PART Act includes a $7 million grant program through which certain entities can voluntarily stamp VINs, or other identifiers, onto the catalytic converters of vehicles already on the road at no cost to vehicle owners. Dealers are specifically eligible to utilize this grant program. The bill also requires new vehicles to have unique, traceable identifying numbers stamped on catalytic converters at the time of assembly. Additionally, the bill increases record keeping requirements for purchasers and establishes a federal criminal penalty for the theft, sale, trafficking or known purchase of stolen catalytic converters of up to five years in jail. 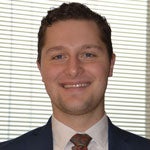