Vehicle assembly plants and suppliers around the globe ceased or slowed production during the pandemic, drastically reducing new vehicle inventory. The shortfall worsened with the worldwide shortage of semiconductors, which are essential to complete vehicles manufactured today. With no way to replenish vehicle inventory, dealers using the last-in, first-out (LIFO) method of accounting face major unanticipated tax liability due to circumstances beyond their control. The Treasury Department has existing authority (Sec. 473 of the Internal Revenue Code) to allow LIFO relief to businesses if a “major foreign trade interruption” makes inventory replacement difficult. Despite NADA’s petition and broad bipartisan support for Treasury’s use of Sec. 473, Treasury has declined as it believes additional legislative authority is needed. The “Supply Chain Disruptions Relief Act” (H.R. 7382/S. 4105) explicitly provides Treasury such legislative authority. Congress should pass H.R. 7382/S. 4105 this year to allow businesses on LIFO extended time to replace vehicle inventories as pandemic-related global disruptions and reduced auto production have made it nearly impossible to replenish new vehicle supply.

New car dealers have been unable to sufficiently replace inventory due to foreign trade interruptions, including a severe shortage of critical semiconductor chips caused by the pandemic. To reduce LIFO recapture tax liability, dealers must generally restock inventory by year’s end as shortfalls can be taxed as ordinary income. Dealers on LIFO, however, have been powerless to replenish inventories, resulting in large, unanticipated tax liabilities for many small business dealers.

The Supply Chain Disruptions Relief Act, introduced by Reps. Dan Kildee (D-Mich.) and Jodey Arrington (R-Texas) in the House and Sens. Sherrod Brown (D-Ohio) and Tim Scott (R-S.C.) in the Senate, would determine that the requirements of Sec. 473 have been met in the auto sector due to pandemic-related foreign trade interruptions that created inventory shortfalls of new vehicles. The bill would allow dealers to delay the recognition of income triggered by LIFO recapture for tax years 2020 and 2021. Given the ongoing supply chain disruptions, the bill extends the period to replenish inventory and compute LIFO reserve/recapture until the end of 2025 to allow vehicle production to normalize.

The U.S. Treasury Department recently indicated its support for a legislative solution to this issue and that they will work cooperatively with Congress to that end. Members are urged to cosponsor H.R. 7382/S. 4105 to provide relief this year to businesses facing difficulty replacing vehicle inventory due to unprecedented supply chain shortages. 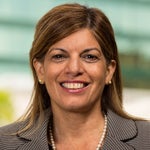 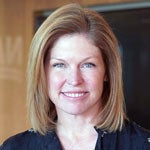